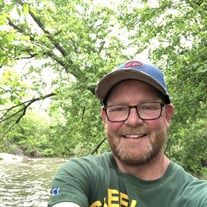 Obituary Brodhead -  Brad Edwin Everson, age 53, passed away suddenly while at his home in Brodhead on September 11, 2019. Brad was born on June 3, 1966 in Monroe, Wisconsin the son of Stan and Ann (Wheeler) Everson. Brad was married To Tammy Pannell on October 18, 1997 in Tucson, Arizona. Brad worked at Fry’s (Tucson, AZ) for 35 years and was currently working at Pick ‘n Save (Stoughton, WI). His greatest love was for his family, married to the love of his life, Tammy, for 22 years. Brad was very proud of his children and their accomplishments and shared many of his interests with them.  With Erik, he shared a love of music.  Brad loved to sing and play his guitar, bringing joy to those around him.  Music was a huge part of who he was, playing in several bands.  Brad was an avid fan of all Wisconsin teams - Packers, Badgers, Brewers and Bucks.  His love of sports, especially football was shared with Tyler.   All three loved the band KISS, and they attended numerous concerts together. Brad’s love for his nieces and nephews was very strong, and he always showered them with love and huge hugs. He had a special relationship with his cousin Julie, which was unmatched. Brad’s dogs were all very special to him and he had a special bond with each of them. Brad is survived by his wife, Tammy; three children, Erik, Tyler and Alexis; his father, Stan Everson; two sisters, Lori Pribbenow and Luann Stanfield; mother and father-in-law, John (Sherry) Pannell and several aunts, uncles, cousins, nieces and nephews.  He also leaves a legacy of great friends. Brad was preceded in death by his mother, Ann Everson in 2018. In lieu of flowers, memorials can be directed to the family in Brad’s memory. Memorial services will take place at the DL Newcomer Funeral Home, 1105 E. 9th Avenue in Brodhead on Thursday, September 19, 2019 at 3:00 PM.  A visitation will also take place at the funeral home on Thursday from 2:00 PM to 3:00 PM.  The family would like to invite the family and friends down to Fibs North in Brodhead after the memorial services.  The family will also host a memorial service for Brad in Tucson, AZ at a later date.                   To send flowers to the family or plant a tree in memory of Brad Edwin Everson, please visit our floral store.

Obituary Brodhead -  Brad Edwin Everson, age 53, passed away suddenly while at his home in Brodhead on September 11, 2019. Brad was born on June 3, 1966 in Monroe, Wisconsin the son of Stan and Ann (Wheeler) Everson. Brad was married To Tammy... View Obituary & Service Information

The family of Brad Edwin Everson created this Life Tributes page to make it easy to share your memories.

Send flowers to the Everson family.