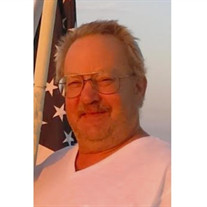 Bradley W. Britt, age 57, of Lake Summerset, in Davis, IL, passed on Monday, December 19, 2016, due to an automobile accident near Janesville, WI. He was born on September 22, 1959 in Blue Island, IL, the son of William and Janice (Pofahl) Britt. He married Lisa Stefka on November 22, 1986 in Downers Grove, IL. Brad is survived by his wife, Lisa; two sons, Nicholas and Mitchell Britt, all of Davis, IL; his mother, Janice Britt, Eagle River, WI; and three brothers, Bruce, Kurt, and Todd Britt; in-laws, Adrienne and Frank Stefka, Kathy (Paul) Metta, Janice (Jim) Serratt; nieces and nephews, Tyler and Megan Seratt, Alec and Mason Metta, Jonathan, Matthew, and Ashley Britt. He enjoyed a successful career as an auto mechanic, a distinguised Master Technician of Nissan for over 30 years, as well as a Master Technician for Toyota. He was most recentley employed by Janesville Nissan, Janesville, WI. He was known by all to have the ability to fix anything. Brad enjoyed being outdoors with family and friends, whether snowmobiling in Eagle River, boating and fishing on the lake, and family camping in 'GiGi.' He enjoyed traveling to the track to watch his sons race motor-cross or riding around the lake in the golf cart with his wife. A Celebration of Life will be held at 1 p.m. on Saturday, July 8, 2017, at the Lake Summerset Lodge, 1530 1/2 Pier Drive, Davis, IL 61019. In lieu of flowers, a memorial fund has been established at the Durand State Bank, Durand, IL, c/o Lisa Britt and a 'GoFundMe' page has been created for online memorials. (https://www.gofundme.com/bradbritt?ssid=854490056&pos=2) Brad was an honest, gracious and loving man. He had a great many friends and his loving care and generosity extended far beyond his family. He will be deeply missed by everyone who knew him.

Bradley W. Britt, age 57, of Lake Summerset, in Davis, IL, passed on Monday, December 19, 2016, due to an automobile accident near Janesville, WI. He was born on September 22, 1959 in Blue Island, IL, the son of William and Janice (Pofahl) Britt.... View Obituary & Service Information

The family of Bradley William Britt created this Life Tributes page to make it easy to share your memories.

Send flowers to the Britt family.