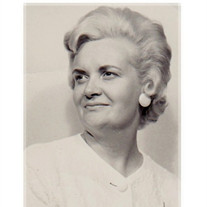 Obituary      Carol A Condon, age 92, formerly of Brodhead, passed away on Monday, August 12, 2019, at Aster Assisted Living, Monroe, WI. She was born on  April 17, 1927 in Milwaukee, WI, the daughter of Clifford and Gladys(Blackford) Anderson. She married Robert “Bob” Condon on May 30, 1948 in Brodhead. He passed away on June 9, 2005.      Carol graduated from Milwaukee High School and then moved to Brodhead. In 1948 Carol married Bob Condon who hauled livestock and raised horses. They had horse shows and rodeos on their ranch which was south of Brodhead. Bob and Carol adopted two boys, Bob and Bill. Carol enjoyed being a homemaker and worked a variety of jobs. She had also been a leader for Weight Watchers. After the boys got older, Carol went to cosmetology school in Milwaukee and later went to work for Burt's Beauty Salon in Brodhead. After Bob passed away, Carol decided it was time to move to a smaller place. She then moved to Monroe. Carol truly loved all animals and especially her cat Paris.  Carol's favorite food was spaghetti and meatballs, green salad, and a cup of tea.        Carol is survived by her two sons, William (Charlene) Condon, Richland Center, WI, Robert (Diana) Condon, Lone Rock, WI; a brother, Clifford (Susan) Anderson, Baraboo, WI; a half-brother, Mark Anderson, Las Vegas, NV; three grandchildren, Krystal, Jeremy and Nicholas. She was preceded in death by her parents and husband.      A Memorial Service will be held at 11 a.m., Saturday, September 28, 2019, at the D.L. Newcomer Funeral Home, Brodhead, WI.  Burial will be in Greenwood Cemetery, Brodhead.  Visitation will be held at 10 a.m. on Saturday at the funeral home.  To send flowers to the family or plant a tree in memory of Carol Anderson Condon, please visit our floral store.

Obituary      Carol A Condon, age 92, formerly of Brodhead, passed away on Monday, August 12, 2019, at Aster Assisted Living, Monroe, WI. She was born on  April 17, 1927 in Milwaukee, WI, the daughter of Clifford and Gladys(Blackford) Anderson.... View Obituary & Service Information

The family of Carol Anderson Condon created this Life Tributes page to make it easy to share your memories.

Send flowers to the Condon family.