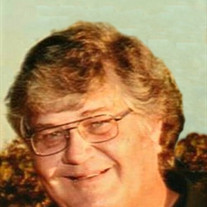 Christian Karl Thommen, Jr. passed away unexpectedly on the day of his birth, Thursday, June 8, 2017. He was born in Monroe, WI on June 8, 1957, the third child to Christian and Lucille (Kaderly) Thommen. He married the love of his life, Laurie Blum, on August 5, 1978 in Juda, WI. Chris graduated from Juda High School in 1975 and spent his life proud to be a dairy farmer, devoted to the land and farm he loved. He was passionate about collecting and restoring muscle cars, giving new life to several automobiles, most notably, he was saving up to restore his 1969 Plymouth Road Runner. For the past 20 years, Chris could be found driving his old truck around, a vehicle he just couldn�t bring himself to part with. He often would drive with his dogs. Talking about life and solving the world's problems with his sons during milking was a pastime Chris held dear. The time he spent with his family in the barn and while working the land was important and precious to him. Chris loved to talk about the old days with his family, always emphasizing the importance of the past. He enjoyed family gatherings with his sisters and their families.�Fall was his favorite time of�year especially deer hunting with his boys and Thanksgiving dinner. Chris was always willing to give a helping hand to his neighbors and friends. Those close to him will remember him for his humor and his kind and caring heart. He is survived by his wife, Laurie (Blum), his two children, Christian (Dawn) and Eric (Darci); three sisters, Pam (Carl) Clair, Sherry St. John, and Yvonne (Alan) DeVoe; three grandchildren, Christian, Nathan, Haley and a granddaughter on the way. He also is survived by several nieces and nephews whom he thought a lot of. He was preceded in death by his parents and nephew, Parker St. John. Memorial Services will be held at 11 a.m., Thursday, June 15, 2017, at the D.L. NEWCOMER FUNERAL HOME, BRODHEAD, WI with his brother-in-law, Carl Clair, officiating. Burial will be in Union Cemetery, Oakley, WI. Visitation will be held on Wednesday from 4 p.m. until 7 p.m. at the funeral home. A memorial fund will be established.

Christian Karl Thommen, Jr. passed away unexpectedly on the day of his birth, Thursday, June 8, 2017. He was born in Monroe, WI on June 8, 1957, the third child to Christian and Lucille (Kaderly) Thommen. He married the love of his life, Laurie... View Obituary & Service Information

The family of Christian Karl Thommen, Jr. created this Life Tributes page to make it easy to share your memories.

Christian Karl Thommen, Jr. passed away unexpectedly on the day...

Send flowers to the Thommen, family.