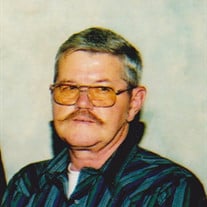 �Clifford E. Winchell Sr., age 69, of Brodhead, passed away unexpectedly on Wednesday, April 6, 2016, at his home. He was born on November 18, 1946 in Hillsboro, WI, the son of Carl and Lucille (Ringhand) Winchell. He married Beverly M. Zahn on March 18, 1967 in Brodhead. Clifford worked for General Motors of Janesville for 31 years, retiring on October 1, 1999. He was also a milk hauler in the area for many years. He loved the outdoors, fishing, hunting, putting together puzzles, and was an avid Packer fan. His pride and joy was his El Camino. He is survived by his wife Beverly, Brodhead; a son, Clifford �Skip� Winchell Jr., Brodhead; a daughter, Jeri (Tim) Bauer, Monroe, WI; a brother, Connie (Mary) Winchell, Janesville, WI; a sister, Peggy Bennett, Anniston, AL; five grandchildren and eight great-grandchildren. He was preceded in death by his parents. Private family services will be held at 11 a.m., Monday, April 11, 2016, at the D.L. NEWCOMER FUNERAL HOME, BRODHEAD, WI, with Pastor Krystal Goodger officiating. Burial will be in Greenwood Cemetery, Brodhead. Visitation will be held from 3 p.m. until 5 p.m., Sunday, April 10, 2016, at the funeral home.�

The family of Clifford E. Winchell Sr. created this Life Tributes page to make it easy to share your memories.

Send flowers to the Winchell family.