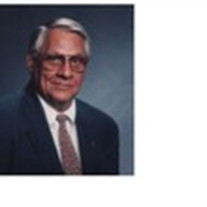 Brodhead - Donald F. Cleveland, age 82, of Brodhead, passed away on Monday, May 17, 2010 at Mercy Hospital in Janesville. He was born on January 14, 1928 in Albany, WI, the son of Benjamin and Marie (Bumke) Cleveland, lifelong residents of Albany, WI. Don enjoyed a wonderful, adventurous childhood growing-up in Albany, WI. The Great Depression years instilled a positive attitude and strong work ethic within him. Since Don started out poor, he reasoned things could only get better. Don left Platteville State College to enter the Army Air Corps near the end of World War II and was stationed in Frankfurt, Germany. Upon his return to the states, he found employment at the Chevrolet Plant in Janesville, WI for 14 years. Yearning for a better life for his family, Don became a State Farm Insurance agent in Brodhead, WI. Finding success, he went on as an agency manager for State Farm, covering southwest Wisconsin. His passion was helping agents provide the best coverage and service to all of their policyholders. Don had a truly magnetic personality. His enthusiasm and compassion were contagious. His loyalty to family and friends, unsurpassed. Don drank deep and rode hard his whole life and never looked over his shoulder. For that, he would say, was the Lord�s business. His belief in Corinthians XIII overshadowed his faults. He was a born leader, loving father, and best friend. Don is survived by his wife, Delores (Hull) Cleveland of Brodhead. He and D� had three sons all residing in Wisconsin and seven grandchildren: David (Rebecca) Cleveland (Benjamin, Matthew, Courtney) of Oshkosh, Daniel (Martha) Cleveland (Erika, Andrea, Danielle) of Madison, Eric (Kris) Cleveland (Emma) of Platteville. Don is also survived by his sister, Alice Esterhay, Hammond, IN, and a niece, Ann (Robert) Hettrick (Robert, Julianne) of Tulsa, OK. Funeral services will be held at 11:30 a.m., Saturday, May 22, 2010, at the Congregational United Church of Christ, Brodhead, with Rev. Tiff Bates officiating. Burial will be in Greenwood Cemetery, Brodhead, with full military rites. Visitation will be held from 9:30 a.m., Saturday, at the church, until time of services.

Brodhead - Donald F. Cleveland, age 82, of Brodhead, passed away on Monday, May 17, 2010 at Mercy Hospital in Janesville. He was born on January 14, 1928 in Albany, WI, the son of Benjamin and Marie (Bumke) Cleveland, lifelong residents of Albany,... View Obituary & Service Information

The family of Donald F. Cleveland created this Life Tributes page to make it easy to share your memories.

Send flowers to the Cleveland family.