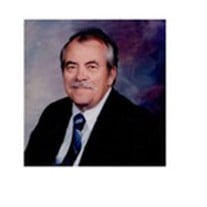 Brodhead - Donald A. Domek, age 80, of Brodhead, passed away on Sunday, September 30, 2012, at St. Mary�s Hospital, Janesville. He was born on October 7, 1931 in Chicago, the son of Edward and Clara (Kazmer) Domek. He married Dolores G. Cerbin on November 6, 1954 in Chicago. Don�s family was originally from the Chicago area. He attended Brodhead schools and was a U.S. Army Veteran, stationed in Germany. He worked for General Motors of Janesville for 32 years and had a great love for cars. He enjoyed spending time with his family and grandchildren. Donald is survived by his wife, Dolores; three daughters, Susan (Mark) Milks, Julie (Terry) Hahn, both of Janesville, Laura (Doug) Zettle, Brodhead; six grandchildren, Grant and Austin Milks, Steven and Cale Zettle, and Jared and Jace Hahn. He was preceded in death by his parents and a brother, Robert Domek. Memorial services will be held at noon on Friday, October 5, 2012, at the D.L. NEWCOMER FUNERAL HOME, BRODHEAD, WI. A visitation will be held from 10:30 a.m., Friday, until time of services at the funeral home.

The family of Donald A. Domek created this Life Tributes page to make it easy to share your memories.

Send flowers to the Domek family.