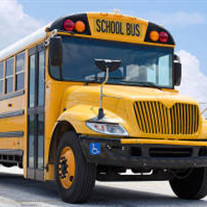 Obituary      Edwin C. Smith Jr., age 84, of Brodhead, passed away unexpectedly on Sunday, September 9, 2018 at Mercy Hospital, Janesville, WI. He was born on July 21, 1934 in Brooklyn, WI, the son of Edwin and Margie (Benson) Smith. He married Mary B. Anderson on February 28, 1959 in Brodhead. She passed away on August 28, 2009.      Ed was a truck driver for many years and was also a school bus driver for the Brodhead School District. He was a U.S. Army Veteran, serving during the Korean War. He loved camping, hunting, and traveling.      He is survived by his daughter, Margie (Gordon) Rufer, Monroe, WI; three grandchildren, Cody, Amanda, and Carrie; four great-grandchildren and his girlfriend, Diane Brueckner, Brodhead. He was preceded in death by his parents, wife, two sisters, Arlene Strong and Marion Clark, and an infant brother.      A Memorial Service will be held at 1:30 p.m., Thursday, September 13, 2018, at the D.L. Newcomer Funeral Home, with Rev. David Frey officiating. Burial will be in Greenwood Cemetery, Brodhead, with military services.. Visitation will be held from noon on Thursday until time of service at the funeral home. To send flowers to the family or plant a tree in memory of Edwin Clifford Smith, please visit our floral store.

The family of Edwin Clifford Smith created this Life Tributes page to make it easy to share your memories.