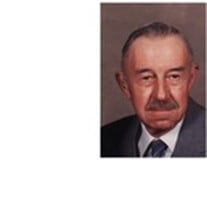 Brodhead - Erwin L. Klitzman, age 95, of Brodhead, passed away on Friday, January 1, 2010 at Mercy Hospital, Janesville, WI. He was born on September 18, 1914 in Spring Valley Township, Rock County, WI, the son of Albert and Elsie (Ruehlow) Klitzman. His first marriage was to Betty Schooff on February 14, 1945 in Brodhead. She passed away in July of 1960. He then married Joyce (Hazeltine) Gretebeck on August 20, 1966 in Janesville. Erwin was raised on a farm and continued farming with his father until his marrriage. He also worked as a milk and livestock hauler for Kenneth Coplien Trucking Co. of Brodhead. Erwin was the owner and operator of Klitzman Excavating and Trucking from 1950 until his retirement in 1989. He also did snow removal for many years in Brodhead. He is survived by his wife, Joyce, Brodhead, a daughter, Donna Niedermeier, Brodhead, two step-sons, Richard (Diane) Gretebeck, Brodhead, Lowell (Junko) Gretebeck, Tokyo, Japan, two step-daughters, Judith Sommerfeldt, Laura (Jack) Hopkins, both of Janesville, five grandchildren, six step-grandchildren, seven great-grandchildren, five step great-grandchildren, five great-great grandchildren, and several nieces and nephews. He was preceded in death by his parents, a daughter, Janet Walmer in 1995, a son, LaVern Klitzman in 1971, and two step-sons, Ronald Gretebeck in 1968, Philip Gretebeck in 1981, and a sister, Leona Sarow in 1998 Funeral services will be held at 11:00 a.m., Tuesday, January 5, 2010 at the D.L. NEWCOMER FUNERAL HOME, BRODHEAD, WI, with Pastor Kenneth Schaub officiating. Burial will be in Greenwood Cemetery, Brodhead. Visitation will be from 10:00 a.m., Tuesday, until time of services at the funeral home.

The family of Erwin L. Klitzman created this Life Tributes page to make it easy to share your memories.

Send flowers to the Klitzman family.