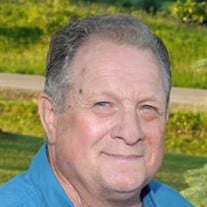 Frederick �Fritz� D. Yaun, age 64, of Orfordville, passed away after a long battle with illness at UW-Hospital, Madison, on Saturday, June 28, 2014. He was born on December 30, 1949 in Stoughton, WI, the son of Edward and Laila (Butt) Yaun. He married Gloria Fossum at Luther Valley Church on May 27, 1972. Fritz graduated from Brodhead High School in 1968. He grew up on a dairy farm, where he learned that hard work was the key to a successful career. He continued to farm in Spring Valley Township throughout the rest of his life. He was the Vice President of the Newark Mutual Insurance Board, a former Spring Valley Township supervisor and a member of the Tri-State Breeders Board of Directors. Fritz loved spending time with his family, especially his children and grandchildren. He was a passionate Wisconsin sports fan, enjoying the Badgers, Brewers, and Green Bay Packers. He was an avid bowler, slow pitch softball player, hunter and fisherman. Fritz was also willing to play a game of cards with either family or friends, especially dirty clubs and pinochle. Other hobbies included gardening, coaching youth softball and horseback riding. Fritz is survived by his loving wife of 42 years, Gloria; daughters, Michelle (Jim) Abey and Ally (Chris) Steinke of Orfordville; grandchildren, Natalie and Matthew Abey and Keegan and Owen Steinke; six brothers, John (Marsha)of Hanover Park, IL, Ted (Barb) of Brodhead, Lyle (Judy) and Roger (Debby) of Orfordville, Rodney (Linda) of Janesville; a sister, Julie (Don) Carroll of Rockford, IL; a half-brother, Richard (Sharon) of Oregon, WI; a brother-in-law, Larry (Vicki) Boegli of Brodhead and many aunts, uncles, nieces, nephews and cousins. He was preceded in death by his parents, and two sisters, Sharon Ann Yaun and Martha Boegli. Funeral services will be held at 11 a.m., Wednesday, July 2, 2014, at Luther Valley Church, rural Beloit, with Pastor Mae Jean Zelle officiating. Burial will be in Luther Valley Cemetery. Visitation will be held from 4 p.m. until 8 p.m., Tuesday, at the church. In lieu of other expressions of sympathy, a memorial fund will be established. Our special thanks to Dr. Ann O�Rourke, Dr. Emily Winslow, Dr. Charles Acher, Dr. Kevin Bluemel, UW nurse Lynette Scott, and their exceptional medical teams as well as the caring staff at Mercy TCC and UW Health F4-4 for all that they have done for Fritz over the past few years. Thank you also to the extended family and friends who have prayed and supported us through this difficult time.�

The family of Frederick "Fritz" Duane Yaun created this Life Tributes page to make it easy to share your memories.