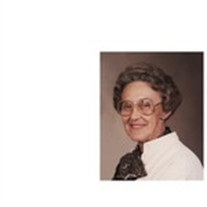 �I. Gloria Relph, age 84, of Brodhead, passed away on Tuesday, December 21, 2010, at St. Mary�s Hospital in Madison. She was born on June 30, 1926 in Indianapolis, IN, the daughter of Leslie and Nora (Tabor) Whitledge. She married Joseph S. Relph on March 1, 1943 in Beloit, WI. He passed away on August 28, 1993. Gloria had worked as a waitress at The Butterfly Club of Beloit for 24 years and after retirement, was a personal care giver. She was an active VFW Auxiliary member and past president, as well as a member of the Brodhead Senior Citizens. Gloria also belonged to the Wednesday Night Bowling League in Brodhead and had attended 35 state tournaments. Gloria is survived by her children; David (Bonnie) Relph, Linda Jo Johnson, both of Brodhead, John (Marissa) Relph, Evansville, WI, a sister-in-law, Doris Whitledge, Beloit, two sisters, Madonna Clark, CA, Carol Keller, Beloit, seven grandchildren, Tammi, Tara, Dustin and Steven Relph, Richard, David and Jeffrey Johnson, eight great-grandchildren, and several nieces and nephews. She was preceded in death by her parents, husband, a son Danny, in infancy, two brothers, Leslie and Vernon, two sisters, Nadine Christman, and Gwen Rayhorn. Funeral services will be held at 11:00 a.m., Monday, December 27, 2010, at the D.L. NEWCOMER FUNERAL HOME, BRODHEAD, with Pastor Donald Adams officiating. Burial will be in Avon Community Cemetery. Visitation will be held on Sunday from 4:00 p.m. until 6:00 p.m. at the funeral home.

The family of I. Gloria (Whitledge) Relph created this Life Tributes page to make it easy to share your memories.