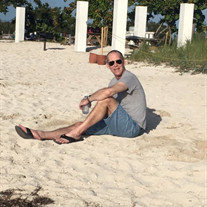 Obituary Brodhead – James Howard Albert, age 60, passed away unexpectedly on Saturday, August 17, 2019 while at his lake home in northern Wisconsin. James was born on June 3, 1959 in Defiance, Ohio, the son of John and Janyce (Blessing) Albert. James married Christine Peterson, formerly of Stillman Valley, IL on May 28, 1988. James is survived by his wife, Christine; a daughter, Kaylyn; 3 cousins, Marilyn (Bill) Ogg, Tom (Pat) Tester, and Tim (Micki) Tester; a sister-in-law, Gail (Dan) Bloom; 4 brothers-in-law, Scott (Maria) Peterson, Rod (Linda) Peterson, Monti (Jet) Peterson and Mark (Camery) Peterson and several nieces, nephews and other relatives and friends. James was preceded in death by his parents. James graduated from Ames, IA High School and then went on to Spartan School of Aeronautics in Oklahoma where he received all his pilots’ licenses and his aviation mechanics license including becoming an IA (Authorized Inspector) on Jet aircraft. His career covered many years in the Aviation industry. He started out working for Harwood Aviation where he met his wife, then on to Newell Companies Flight Department, and finally several years with his own business as a Jet Consultant. Jim enjoyed spending time at his lake home in upper Wisconsin as well as many years on Lake Kagawong in Ontario, Canada. He had a true love of the outdoors going fishing, skiing, and boating. He enjoyed racing fast boats and traveling to the Caribbean. When he wasn’t outdoors, he enjoyed all genres of music including personally performing classical music on the piano. He also had a soft heart for animals and adopted several dogs and cats over the years making sure they all had a great home. In addition, he loved to cook and was usually trying out new recipes he created with his family. However, spending time with his wife and daughter, especially his daughter’s sporting, theater, and dance events were some of his favorite activities. Memorials can be directed to the family in his memory. Funeral services will be held at the DL Newcomer Funeral Home, 1105 E. 9th Avenue in Brodhead WI on Saturday, August 24, 2019 at 12PM Noon.  A visitation will also take place at the funeral home on Saturday from 10:00 AM until the time of services.  Cremation rites will be accorded after the services.             The DL Newcomer Funeral Home is assisting the family. To send flowers to the family or plant a tree in memory of James Howard Albert, please visit our floral store.

Obituary Brodhead &#8211; James Howard Albert, age 60, passed away unexpectedly on Saturday, August 17, 2019 while at his lake home in northern Wisconsin. James was born on June 3, 1959 in Defiance, Ohio, the son of John and Janyce (Blessing)... View Obituary & Service Information

The family of James Howard Albert created this Life Tributes page to make it easy to share your memories.

Send flowers to the Albert family.