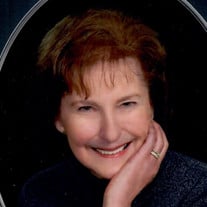 Obituary   Joann Collins Anderson age 88, passed away at Monroe Hospital on May 8th, 2021. She was born March 13, 1933 in Madison Wi to Clarence and Isabel Haakenson, both children of immigrants from Norway.  She was proud to be 100% Norwegian.  We grew up eating lutefisk and lefsa at Christmas time as a holiday tradition.  She eloped and married her friend and love, Robert (Bob) “Sabu” Collins on August 15th, 1959 and moved to Brodhead.  They were married for 38 years.  Robert passed away in 1997.  Joann then met the second love of her life, Darrell Anderson.  They were married in September of 1998 and were happily married for 9 years till his passing in 2007. They enjoyed traveling and gambling together as well as Badger and Packer games and getting together with family.    After high school years Joann worked as a secretary in a variety of settings. She worked at the State capital, a lawyer’s office, Cape Canaveral in Coco Beach Florida before returning to Wisconsin and meeting Sabu whom she married and moved to Brodhead to make a new life with.  For many years Joann worked at the Green county Bank where she met her lifelong friend Carol Badertscher.  In 1971 Joann was hired at Janesville Products, later known as Woodbridge, as the Human Resource supervisor.  Joann retired from Woodbridge in 1999.  She wasn’t in Brodhead long before she met many new friends who became lifelong friends.  Joann and Sabu enjoyed playing Bridge every Saturday night for more than 20 years with their great friends Werner and Hazel Weissenfluh.  One week Bob and Joann would drive to Monroe with kids in tow, the next week Werner and Hazel would drive to Brodhead.   The foursome enjoyed many vacations and weekend getaways over many years and made a lifetime of memories.  The two families grew up together and became one. Joann loved to have fun with people and loved life. She enjoyed golfing, bowling, she enjoyed dancing and loved Patsy Cline and Conway Twittys music.  She also shared her love of baking with her family, teaching those of us who cared to learn how to make the best pie crust ever. But most of all she loved to go to all her children’s and grandchildren’s baseball games, basketball games, dance recitals as well as school holiday plays.  She was beautiful and kind.  Joann is survived by her 6 children, three sons,  Mike Curl of North Carolina, Greg Curl of Edgerton WI and Don Collins (Alejandra) Monroe Wi; 3 daughters Terry (Eddie) Burk of Lubbock TX, Cathy (Dean) Lapp of Briggsville WI,  and LouAnn (Jim) Harmel of Albany WI.   3 Stepchildren, Rob (Jennifer) Anderson of Oregon WI, Doug (Cathy) Anderson of Brooklyn WI and DeAnne (Doran) Boegli of Brodhead.  17 grandchildren, 5 step grandchildren, and 24 great grandchildren.  All of whom she loved and cared for deeply.  She was preceded in death by her husband Robert Collins of 38 years and Darrell Anderson her husband of 9 years, her parents, a brother, Chandler, a sister, Carol and 2 siblings at age 2. She will be deeply missed by her family and all who loved her.   Graveside memorial services will be held at the Greenwood Cemetery in Brodhead on Thursday, June 17, 2021 at 1:00 PM.  To send flowers to the family or plant a tree in memory of Joann Collins Anderson, please visit our floral store.

Obituary   Joann Collins Anderson age 88, passed away at Monroe Hospital on May 8th, 2021. She was born March 13, 1933 in Madison Wi to Clarence and Isabel Haakenson, both children of immigrants from Norway.  She was proud to be 100% Norwegian.... View Obituary & Service Information

The family of Joann Collins Anderson created this Life Tributes page to make it easy to share your memories.

Send flowers to the Anderson family.