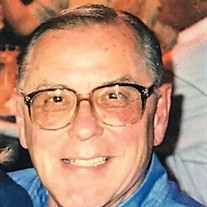 John �Jack� E. Schultz, age 87, of Galena, IL, passed away peacefully at his home on Friday, July 22, 2016. He was born on May 23, 1929 in Boone, IA, the son of John Carl and Iva (Rapp) Schultz. He married Wendy Palka on November 20, 1985 in Waukegan, IL. Jack and his wife had lived in Waukegan, IL, Manitowish Waters, WI, and Siesta Key, FL, prior to moving to Galena, IL. In his youth, Jack enjoyed summers at Lowell Park in Dixon, IL, where he was a lifeguard for many years. He graduated from Dixon High School and then Beloit College, where he was a member of the TKE Fraternity. He furthered his education at the University of Illinois, and the University of Louisville Law School. Jack was a great athlete and a member of his high school and college football and track teams. He was very proud to have participated in the Purdue University and Drake Relays. After law school, he served in the U.S. Navy. He was a successful attorney and served as Corporation Counsel for the City of Waukegan for 30 years. He was a member of the Waukegan City Club, Waukegan Yacht Club, and Medinah Shriners. Jack was an avid boater and spent many summers traveling Lake Michigan with his daughters as his crew. He loved his dogs and his cigars, along with Door County, WI, shopping and collecting. He especially loved giving nicknames and playing �littleman� with his grandchildren. He is survived by his wife Wendy; three daughters, Laurie (Scott) Booth, Carla Schultz, Jocko (Chuck) Blair; three stepsons, Erik (Marika) Wasmund, Matt (Carrie) Wasmund, Peter (Frayah) Wasmund; and twelve grandchildren. He was preceded in death by his parents, a sister, Betty Jane, in infancy, a grandson, Brady Booth, and his mother-in-law, Ann Preston. A Private Family Funeral Service will be held at Roselawn Memory Garden Chapel, Lake Geneva, WI. Memorials may be made to the Sarasota Humane Society or Hospice of Dubuque. A special thank you to Dr. Ringold, Kristi, Wendy, Sue, Jeremy, Dr. Whalen, and the TSD crew. ?

The family of John "Jack" E. Schultz created this Life Tributes page to make it easy to share your memories.