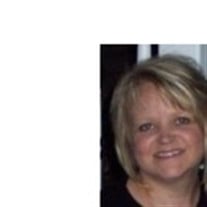 Kari Gale (Wolden) Stitt, age 42, of Brodhead, went in to God�s arms on Wednesday, December 8, 2010. She was born on December 18, 1967 at Vandenburg AFB in California, the daughter of Phil and Luann (Swenson) Wolden. She married Kevin Stitt on June 6, 2005 in Brodhead. Kari was physical therapist for MJ Therapy and worked at Woods Crossing Nursing Home in Brodhead. She also had worked for the Monroe Manor and Edgerton Hospital. She graduated from Brodhead High School in 1986. Kari loved being with family and friends. Kari is survived by her husband Kevin, parents, Phil and Luann Wolden, a daughter, Jenah (Shawn) Rosheisen, a son, Presley, all of Brodhead, a sister, Angie (Mark) Dombkowski, and their children, Claire and Ben, in-laws, Karen and Bill Stitt, Brodhead, best and loving friend, Dena (Lloyd) McKee, Brodhead, and two grandchildren, Jaiden and Abrie Roshiesen. She was preceded in death by her maternal grandparents, Ludell and Eva Swenson and paternal grandparents, Sever and Clara Wolden. Funeral services will be held at 11:00 a.m., Monday, December 13, 2010, at the D.L. NEWCOMER FUNERAL HOME, BRODHEAD, WI, with Mr. Cal Schaver officiating. Burial will be in Greenwood Cemetery, Brodhead. Visitation will be held from 2:00 p.m. until 6:00 p.m., Sunday, at the funeral home. A memorial fund in Kari�s name has been established at the Bank of Brodhead. Kari was a very giving and loving person in life and she has given the ultimate gift to others by being an organ donor.

Kari Gale (Wolden) Stitt, age 42, of Brodhead, went in to God&#65533;s arms on Wednesday, December 8, 2010. She was born on December 18, 1967 at Vandenburg AFB in California, the daughter of Phil and Luann (Swenson) Wolden. She married Kevin... View Obituary & Service Information

The family of Kari Gale (Wolden) Stitt created this Life Tributes page to make it easy to share your memories.