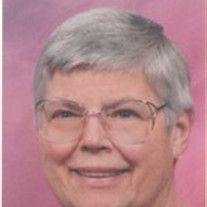 Brodhead - Kathryn �Kay� Condon, age 86, of Brodhead, passed away at her home on Friday, December 9, 2011. She was born October 19, 1925 in Connecticut, the daughter of Gordon J. and Luella (Wright) LeFevre. She married Franklyn A. Condon on June 29, 1946 in Chapel Valley Forge, PA. He passed away on April 9, 2009. Kay was a supervisory nurse at Pleasant View Nursing Home of Monroe for many years, retiring in 1989. She was a member of the United Methodist Church, Brodhead, numerous church committees, a volunteer at the Veteran�s Hospital in Madison, the Red Cross and also a member of the VFW Auxiliary and Historical Society in Brodhead. She is survived by two sons, Franklyn A. (Jan) Condon III, Pete (Sherry) Condon, both of Brodhead; two daughters, Kathleen (Duane) Zweifel, Waunakee, Susan (Jeffery) Killey, Pt. Washington, WI; a sister, Elizabeth LeFevre, Eustis, FL; nine grandchildren and sixteen great-grandchildren. She was preceded in death by her parents, husband, a son, Paul Condon, and a sister, Arlene Hancharik. Funeral services will be held at 11:00 a.m., Saturday, December 17, 2011, at the United Methodist Church, Brodhead, with Rev. Ellis �Hap� Itson officiating. Burial will be in Greenwood Cemetery, Brodhead. Visitation will be from 9:30 a.m., Saturday, until the time of service at the church. Memorials may be made to the United Methodist Church or a hospice care group.�

The family of Kathryn 'Kay' (LeFevre) Condon created this Life Tributes page to make it easy to share your memories.