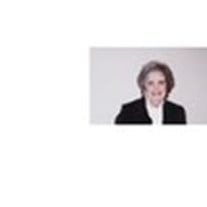 Lillian Josephine Fleek Brandenburg, age 90, of Monroe, passed away on Tuesday, October 12, 2010, at Pleasant View Nursing Home, Monroe. She was born on February 9, 1920 in Durand Township, Winnebago, County, IL, at her aunt�s farm, the daughter of Adam and Grace (Hamilton) Fleek. In March, the family moved back to Wisconsin, to the Fleek Pioneer Homestead in Decatur Township near Brodhead. She married Marvin R. Brandenburg on December 18, 1941 in the Congregational United Church of Christ, Brodhead. He passed away on April 14, 1977. Lillian graduated from Brodhead High School in 1938. She then took a business course at Kenosha College of Commerce, after which she was employed by the C.S. Pierce Music Co., Brodhead, as secretary/bookkeeper for over twenty-five years. In September of 1940, she was voted Miss Brodhead, as the queen, representing Brodhead at the Cheese Day Parade in Monroe. Lillian and her husband lived on the family farm in Clarence, Spring Grove Township, for thirty-six years, until Marvin�s passing. She then moved in to town where she spent twenty-five more years. She was an active member of the Congregational United Church of Christ, Women�s Guild, Friendship Circle, and served nine years as a Deaconess. She was involved in the Republican Party as a delegate to conventions, poll worker, and a past president and secretary of the Republican Women of Green County. She was a life member of the Brodhead Historical Society, a sixty year member of the Spring Grove Friendly Farmerettes, and a past member of Pythian Sisters. She loved her family, friends, traveling, and sports; being an avid bowler and golfer. Due to her illness, Lillian moved from her home in Brodhead to Monroe in 2000. Lillian is survived by two sons, George (Cindy) Brandenburg, Huntley, IL, James (Kathy) Brandenburg, Delavan, WI, nine grandchildren, fifteen great-grandchildren, and several nieces, nephews and many friends. She was preceded in death by her parents, husband, a daughter, Susan K. McGinty in 2009, a brother, Hamilton Fleek, and three sisters, Margaret Kopplin, Laura Schroeder, and Barbara Bonlie. Funeral services will be held at 11:00 a.m., Saturday, October 16, 2010, at the Congregational United Church of Christ, Brodhead, with Rev. R. Tiffany Bates officiating. Burial will be in Greenwood Cemetery. Visitation will be held from 9:30 a.m. until time of services on Saturday at the church.

The family of Lillian Josephine (Fleek) Brandenburg created this Life Tributes page to make it easy to share your memories.