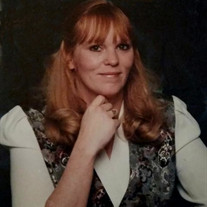 Londa L. Moldenhauer, age 53, of Brodhead, passed away on Tuesday, October 18, 2016, at Mercy Hospital, Janesville, WI. She was born on July 27, 1963 in Monroe, WI, the daughter of Donald and Janice (Burtness) LaRue. She married David D. Moldenhauer on March 14, 1994. Londa was a homemaker. She had volunteered for the 'Second Harvest Food Bank' and 'The River Food Pantry' both of Dane County. She is survived by her husband, David; five children, Cassandra Tomczak, Janesville, Chad Folstad, Shelby, Austin and Anthony Moldenhauer, all of Brodhead; a grandson, Gabriel Tomczak; four nieces and a nephew. She was preceded in death by her parents, a sister Donna, and her maternal grandparents. Funeral services will be held at 1 p.m., Saturday, October 22, 2016, at the D.L. NEWCOMER FUNERAL HOME, BRODHEAD, WI. Visitation will be held from noon until time of services at the funeral home on Saturday. Burial will be in Greenwood Cemetery, Brodhead, WI.

The family of Londa Layne (LaRue) Moldenhauer created this Life Tributes page to make it easy to share your memories.

Londa L. Moldenhauer, age 53, of Brodhead, passed away on Tuesday,...