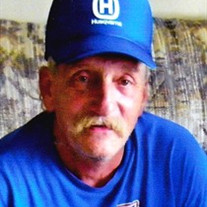 Mark A. Bolton, age 61, of Baraboo, WI, formerly of Brodhead, WI, passed away on Monday, November 23, 2015, at St. Mary's Hospital, Madison, WI. He was born on July 26, 1954 in Monroe, WI, the son of Wilfred and Shirley (Smith) Bolton. He married Pamela M. Huseman on April 1, 1978 in Brodhead. They have since divorced. Mark graduated from Brodhead High School in 1971 and served in the U.S. Army from 1971-1977, living in Germany for 48 months. He had worked for Milwaukee Valve, Prairie du Sac, WI, for the past 13 years. Mark enjoyed hunting, fishing, and car racing. He is survived by his former wife, Pamela, Brodhead; two sons, Jeremiah Bolton, Baraboo, WI, Justin (Heidi) Bolton, Brodhead, WI; a sister, Lynda (Richard) DeLuca, Oakdale, CA; and three grandchildren, Gracyn, Sophia, and Tucker. He was preceded in death by his parents. Memorial Services will be held at 1 p.m., Saturday, December 5, 2015, at the D.L. NEWCOMER FUNERAL HOME, BRODHEAD, WI. Burial will be in Greenwood Cemetery, Brodhead. Visitation will be held from noon until time of services at the funeral home.

The family of Mark A. Bolton created this Life Tributes page to make it easy to share your memories.

Send flowers to the Bolton family.