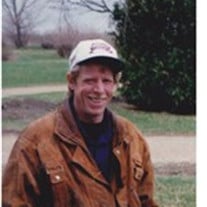 Juda - Michael A. Bliss, age 54, of Juda, passed away on Monday, August 20, 2012, at Rockford Memorial Hospital, Rockford, IL, as the result of an automobile accident. He was born on August 6, 1958 in Las Vegas, NV, the son of Leslie and Delores... View Obituary & Service Information

The family of Michael Allan Bliss created this Life Tributes page to make it easy to share your memories.

Send flowers to the Bliss family.