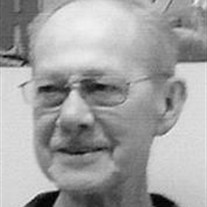 Michael A. Reavis Sr, age 71, passed away with his loving family by his side on Sunday, May 11, 2014, after a courageous two-year battle with cancer. He was born on March 9, 1943 in Beloit, WI, the son of Perry and Ernestine (Wilson) Reavis. He was united in marriage to Marie Frie on July 23, 1961. She passed away on December 20, 1972. He then married Joylene Paul on April 10, 1993. Mike grew up on the family farm in Brodhead and attended Brodhead Schools. He owned and operated Reavis Electric with his brother Andre for several years, and retired from Martin Automatic after 20 years. He also had worked for Ray Timm�s Station and also Olin Heating and Air Conditioning, both of Brodhead. He and his wife, Joylene, have also owned and operated Sugar Maple Emu Farm for the last 19 years. Mike loved spending time with his family, working around the farm, watching and feeding birds. He was an avid Badger and Packer fan, and loved his four-legged friends, which also included cats that he claimed to hate! He was always willing to help anyone in need. He is survived by his wife, Joylene, his daughters: Bobette (Mark) McGinty, Dani Gierhart; his son, Michael (Patti) Reavis, Jr., all of Brodhead; two stepsons, Jeff (Roxie) Paul and Jim (Kim ) Paul, both of Monroe; and 11 grandchildren and numerous nieces and nephews. He is further survived by his brothers and sisters, Andre (Charlotte) Reavis, Beloit, WI, Maureen (Bob) Francis, Orfordville, WI, Butch (Nancy) Reavis , Ozark IL, Veda (Ole) Olson, Brodhead, and Paul (Sandy) Reavis, Rockford IL. He was preceded in death by his first wife, Marie, and his parents. Funeral services will be held at 11 a.m., Thursday, May 15, 2014, at the D.L. NEWCOMER FUNERAL HOME, BRODHEAD, WI, with Rev. Ellis �Hap� Itson officiating. Burial will be in Greenwood Cemetery, Brodhead. Visitation will be held from 5 p.m. until 7:30 p.m., Wednesday, at the funeral home. A memorial fund will be established. The family would like to offer a sincere thank-you to the U.W. Hospital, Madison and Monroe Clinic Hospice, Monroe, WI.

Michael A. Reavis Sr, age 71, passed away with his loving family by his side on Sunday, May 11, 2014, after a courageous two-year battle with cancer. He was born on March 9, 1943 in Beloit, WI, the son of Perry and Ernestine (Wilson) Reavis.... View Obituary & Service Information

The family of Michael Alan Reavis Sr. created this Life Tributes page to make it easy to share your memories.

Michael A. Reavis Sr, age 71, passed away with his loving family...

Send flowers to the Reavis family.