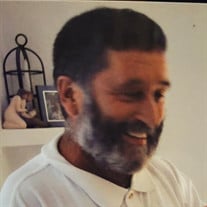 Monroe – Michael (Mike) Lee Wendler, age 75, passed away unexpectedly while at his home in Monroe. Michael was born on February 28, 1946 in Monroe, WI the son of Melvin and Mildred (Kundert) Wendler. Michael graduated from Brodhead High School and farmed his whole life. In 1989 after selling the cows, Michael worked at the Juda School and then at the Green County YMCA. Michael also drove bus for the Monroe School District. Michael enjoyed farming and had a love for all animals. He was a Jack of all Trades and loved collecting items at auctions. He also truly enjoyed all of his friends at the bus garage. Michael is survived by his 4 children, Staci (Todd) Arnsmeier, Laura Voelker, David (Wendy) Wendler and Jason (Shawna) Wendler; his former wife, Janet Wendler; 10 grandchildren; 6 great grandchildren; 4 siblings, Elvan Wendler, Marge Jacobson, Mary (Larry) Whitehead and Nancy (Paul Grady) Rivet and many nieces, nephews and other relatives and friends. Michael was preceded in death by his parents, six siblings, Sam Wendler, Carolyn Hayes, Jane Lewis, Sue Knight, Frederick Wendler, Deborah Wendler, and a granddaughter, Jaimi Arnsmeier. In lieu of flowers, memorials can be directed to the family in his memory. Mass of Christian Burial will be held at the St. Rose Lima Catholic Church, 1005 West 2nd Avenue in Brodhead on Thursday, January 27, 2022 at 11:00 AM. A visitation will also be held at the DL Newcomer Funeral Home in Brodhead on Wednesday, January 26, 2022 from 4:00 PM to 7:00 PM and also at the church on Thursday from 10:00 AM until the time of Mass. Burial will conclude at St. Patrick Catholic Cemetery in Albany, WI. A luncheon will be held at the Albany Lions Club following the burial at St. Patrick Cemetery. www.dlnewcomerfuneralhome.com 608-897-2484

Monroe &#8211; Michael (Mike) Lee Wendler, age 75, passed away unexpectedly while at his home in Monroe. Michael was born on February 28, 1946 in Monroe, WI the son of Melvin and Mildred (Kundert) Wendler. Michael graduated from Brodhead... View Obituary & Service Information

The family of Michael Lee Wendler created this Life Tributes page to make it easy to share your memories.

Send flowers to the Wendler family.