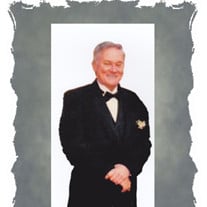 Obituary      Norman L. Olson, age 75, of McHenry, IL, formerly of Brodhead, passed away on Saturday, January 20, 2018 in Barrington, IL.  He was born on February 15, 1942 in LaCrosse, WI, the son of Nordahl and Mary (Noonan) Olson.  He had been married to Mary Bunts.      Norm was a U.S. Air Force Veteran and had worked as an office equipment repairman in  Ft. Sheridan, IL, until his retirement.  He enjoyed traveling, dogs, reminiscing, watching old movies and old cars.      He is survived by his children, Terry (Christy) Olson and Tracy Olson, both of Zion, IL, Joseph (Brittany) Olson, McHenry, IL; his siblings, Allen “Ole” (Veda) Olson, Juda, WI, Debbie (Wade Gombar) Noonan, Pat (McChele) Noonan, both of Brodhead; several nieces and nephews and eight grandchildren.  He was preceded in death by his parents.      A Memorial Service will be held at 2:00 p.m., Saturday, February 3, 2018, at the D.L. Newcomer Funeral Home, Brodhead, WI, with Rev. Dan Sanford officiating. Visitation will be from 1:00 p.m. until time of services at the funeral home. Burial will be in Greenwood Cemetery, Brodhead, WI. To send flowers to the family or plant a tree in memory of Norman Leo Olson, please visit our floral store.

The family of Norman Leo Olson created this Life Tributes page to make it easy to share your memories.

Send flowers to the Olson family.