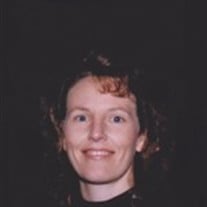 Orfordville - Patti A. Reed-Mazzarisi, age 49, of Orfordville, passed away on Thursday, June 28, 2012, at her home, surrounded by her loving family.. She was born on June 12, 1963 in Monroe, Wisconsin, the daughter of Gerald �Jerry� and Bevedine M. (Schlittler) Reed. She married Salvatore �Sam� Mazzarisi on September 15, 1984 in Joliet, Illinois. Patti graduated from Brodhead High School in 1981 and was a member of the United Methodist Church, Brodhead. She was the owner/operator of Villa Pizza in Orfordville with her husband. Patti was a very compassionate person, caring deeply for people. She was an extremely hard worker and felt great joy in taking care of others. She is survived by her husband, Salvatore �Sam�; two sons, Vincent and Mitchell Mazzarisi, all of Orfordville; a stepson, Jason Mazzarisi, Stoughton; two sisters, Geri (Rich Wisch) Reed, Arlington, TX, Tammy S. Reed, Brodhead; a brother, Ricky (Nanette) Reed, Brodhead; a very special person to Patti and her family, Anita Gerber, Tomahawk, WI; and three grandchildren, Austin, Taylor, and Noah Mazzarisi. She was preceded in death by her parents. Funeral services will be held at 11 a.m., Monday, July 2, 2012, at the D.L. NEWCOMER FUNERAL HOME, BRODHEAD, WI, with Pastor Kendall Schlittler officiating. Burial will be in Greenwood Cemetery, Brodhead. Visitation will be held from 4 p.m. until 8 p.m., Sunday, at the funeral home. A memorial fund will be established.

The family of Patti A. (Reed) Mazzarisi created this Life Tributes page to make it easy to share your memories.