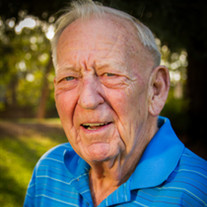 Robert �Gus� Treat Ninneman, age 81, of Brodhead, passed away on Saturday, July 18, 2015, at his home. He was born on May 26, 1934 in Kansas, MO, the son of Edward and Harriet (Treat) Ninneman. He married Kathleen Phillips on June 5, 1975 in Madison, WI. Gus had worked for many years for the Ohio Medical Co. as a computer operator, and also was a volunteer for Beachwatchers in Washington State. In California, he was active in the Democratic Party and also in efforts supporting immigration reform. He was also a dedicated volunteer for Sequoia and Riverlands Trust, a land conservation organization. He and his wife were featured in a �volunteer of the week article in the Visalia Times-Delta newspaper. All his life, Gus had been an avid, and excellent golfer, and a complete weather nerd, following and comparing many sources of weather predictions for locations all over the country. He is survived by his wife Kathleen, Brodhead; two daughters, Gale (James) Pandow, Brodhead, Diane (Kevin Steinmetz) Koletzke, Visalia, CA; a son, Karl (Susan) Wigdal, Belleville, WI; a sister, Marcella Colarich, Walnut Grove, CA; and a grandson, Brandon Warczak, Brodhead, WI. He was preceded in death by his parents. Per Robert's request, there will be no funeral service. Memorials may be made to Sequoia Riverlands Trust, 427 Garden St, Visalia, CA 93227.

The family of Robert "Gus' Treat Ninneman created this Life Tributes page to make it easy to share your memories.