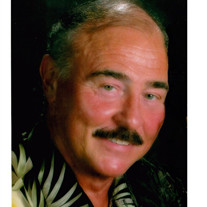 Rodney J. Sutherland, age 77, of Albany, WI, passed away on Wednesday, November 29, 2017, at St. Mary's Hospital, Madison, WI. He was born on June 12, 1940 in Madison, WI, the son of Addison J. and Margie (Sime) Sutherland. He married Lita K. Dehmer on August 30, 1963 in Madison. Rodney was a U.S. Air Force Veteran. He was a steamfitter for over 50 years, a member of Local 601, and was a union delegate in 1991. He had attended UW-LaCrosse and served on the Albany Village Board, was an Albany Housing Board member, a member of the Albany Lions Club, the Portage American Legion Post 2930 and also the Elks Club of Janesville He is survived by his wife, Lita; children Todd (Jacki) Sutherland, Albany, WI, Troy Sutherland, Florence, WI, Semone Sutherland, Oakland, CA; a sister, Joyce Mullarkey, Lodi, WI; a brother, Jack (Andrea) Sutherland, Madison, three grandchildren, Amanda Spotts, Katie Ziegman, John Sutherland; and four great-grandchildren. He was preceded in death by his parents, a sister, Margie Uphouse; two brothers-in-law, Robert Mullarkey and Howard Uphouse. Funeral services will be held at noon on Monday, December 4, 2017, at the D.L. Newcomer Funeral Home, Brodhead, WI. Visitation will be held from 10 a.m., Monday, until time of service at the funeral home. Burial will be in Hillcrest Cemetery, Albany, WI.

The family of Rodney J. Sutherland created this Life Tributes page to make it easy to share your memories.

Send flowers to the Sutherland family.