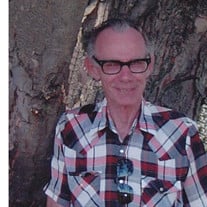 Obituary      Ronald E. Bruce, age 75, of Brodhead, passed away on Saturday, October 13, 2018, at the U.W. Hospital, Madison, WI.  He was born on March 18, 1943 in Vernon County, WI, the son of George E. and Charlotte G. (Pepper) Bruce.  He married Joanne R. Zurfluh on November 4, 1967 in Monticello, WI.     Ron was a carpenter and had worked for Bruni-Miller of Monroe and the Monroe Clinic as a cabinet maker and in maintenance.   He was also a U.S. Army Veteran, having been stationed in Germany.  Ron was a pilot and a member of the E.A.A., who enjoyed flying, being outdoors and building things out of wood or metal.  He always enjoyed a challenge and finding solutions for problems; if something needed fixing, he would find a solution by changing or fabricating something until he was satisfied.        He is survived by his wife, Joanne; his children, Cheri (Richard) Dallman, Brooklyn, WI, Allen (Penni) Bruce, Brodhead; two sisters, Geraldine (David) Hanson, Dodgeville, WI, Maxine (Roger) Denhof, Brodhead; and two granddaughters, Kaleigh and Emileigh.  He was preceded in death by his parents.        Funeral services will be held at 11 a.m. on Thursday, October 18, 2018, at the D.L. Newcomer Funeral Home, Brodhead, WI.  Burial will be in Greenwood Cemetery, Brodhead, with military rites.  Visitation will be held on Wednesday, October 17, 2018, from 5 p.m. until 7 p.m. at the funeral home.   To send flowers to the family or plant a tree in memory of Ronald Edwin Bruce, please visit our floral store.

The family of Ronald Edwin Bruce created this Life Tributes page to make it easy to share your memories.

Send flowers to the Bruce family.