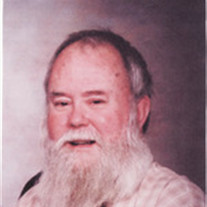 Brodhead - Roy A. Jackson, age 72, of Brodhead, formerly of Marengo, IL, passed away on Friday, August 12, 2011, at Mercy Hospital, Janesville. He was born in Harvard, IL on July 12, 1939, the son of Paul E. and Ina M. (Alderson) Jackson. He married Shirley I. Allen on November 24, 1962 in Marengo, IL. Roy had farmed in Marengo and Brodhead. He also owned and operated Jackson�s Farm Store of Marengo and was a salesman for Apache Livestock Equipment. He enjoyed traveling, fishing, and golfing, but his greatest love was being with his wife, family and grandchildren. Roy is survived by his wife Shirley, a son, Jay (Jeanine) Jackson, Brodhead, two daughters, Julie (David) Murray, Rockford, IL, Jodi (Shawn) Olson, Brodhead, a sister, Carol (Richard) Piwonka, Marengo, IL, six grandchildren, Jay II, Jennifer and Joseph Jackson, Samantha Murray, Ashley and Megan Olson. He was preceded in death by his parents, a son Roy II in 1991, and a sister in infancy. Funeral services will be held at 7:00 p.m., Tuesday, August 16, at the United Methodist Church, Brodhead, with Rev. Ellis �Hap� Itson officiating. Visitation will be from 5:00 p.m. until time of services, on Tuesday, at the church. A public graveside service will be held at 11:00 a.m., Wednesday, August 17, 2011, at the Marengo City Cemetery, Marengo, IL. A memorial fund will be established.

The family of Roy A. Jackson created this Life Tributes page to make it easy to share your memories.

Send flowers to the Jackson family.