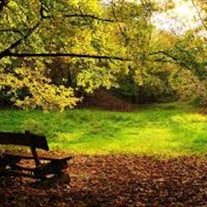 Obituary THE ARRANGEMENTS FOR MR. NAEVESTAD ARE STILL PENDING.      ​Our beloved father, grandfather, and great-grandfather, Roy Naevestad, went home to be with his Lord Jesus.  He was a man who loved the Lord with all of his heart, and serving Him was his greatest reward.  Roy was the son of Norwegian immigrants, Arne and Tergit (Olsen) Naevestad.  Family hardships in the 30s led the family to live for a time with Uncle Ole and Tante Olava as well as Mr. Huseland, the baker.  From him, Roy learned how to bake and decorate beautiful cakes. He enjoyed blessing others with cakes he had created well into his 80s.  Roy studied electrical engineering at McKee High School in Staten Island.  One of his teachers, Mr. Bill Olsen, invited him to his Sunday school class at the Bethelship Norwegian Methodist Church.  It was at Bethelship that he grew in his faith, made lifelong friends, and met his wife Evelyn Thompson.      Prior to his High School graduation ceremony Roy enlisted in the U.S. Navy where he served on the crew of the USS Earle in the Pacific during World War II. After the war, Roy enrolled at Brooklyn Polytechnic Institute where he studied electrical engineering. He began his career at Skidmore, Owings and Merrill –moved onto Allied Chemical, Wilputte and then Krupp.  Roy worked in the steel industry and holds several patents for the production of coke. While working for Krupp he made frequent flights to Germany, and made a point to try a new pastry each time. Although his career was a busy one, Roy always met the Lord in the morning to read the Word and to pray. Roy and Evelyn prayed together every night, kneeling together at the bedside until Evelyn could no longer get up from the floor. We depended on those prayers.      Roy and Evelyn were married in June of 1950 at Bethelship by Evelyn’s brother Rev. Garfield Thompson. It was Garfield’s first wedding, and they loved to joke that “maybe he didn’t do it right.”  They moved to Fanwood, New Jersey in 1952, where they were members of the Cranford Christian and Missionary Alliance Church. Roy served on the board for years and was engaged in many ministries of the church.      Roy loved to take the family camping in the Trim-line camper. Everyone was given a job so that all would learn to work together.  Many trips were made to Canada, the Civil War battlegrounds, Cape Cod, the Jersey shore and Florida. He also loved to grill steak on the brick fire place that he made in the 50s. We ate on the picnic table which he made, that sat on the patio he had poured. He was a man who could do many things well.      After retirement, Roy and Evelyn moved to their home in Speculator, NY where they had numerous friends and made many new ones.  They had enjoyed and supported the ministry of Camp-of-the Woods since they had been married. They wanted to continue to enjoy and support that ministry as well as to provide a place for their family to enjoy it as well in future years. They worshipped at the Speculator United Methodist and the North Country Bible Churches and were involved as much as they were able.  Roy also sang with the Adirondack Consortium and had cameo roles in several musicals, one in which he had to learn how to dance.      In 2015, Roy and Evelyn, now needing additional care, moved to Wisconsin.  Evelyn passed away shortly thereafter, but not before they had celebrated, according to Roy,” 65 years of Wedded Blitz.” Roy became a regular worshiper at St. Paul’s Church in Davis, Illinois where his son Scott is the Pastor.   The people of St. Paul welcomed Roy with opened arms and blessed him in these later years with cards, visits, and love.      In addition to his wife Evelyn, Roy was predeceased by his brother Stanley.  Roy’s children, Carol Billings, (David), Glenn, (Jinny), and Scott, (Sue) are left to cherish his memory and the godly heritage that they have received.  He is also survived by his 6 grandchildren, Kristin VanderPyl, Bjorn, Leif and Hans Billings, and Kyle and Todd Naevestad. He leaves behind his 5 great-grandchildren, Audrey, Emelia and Clara VanderPyl, and Noah and Logan Billings.      A celebration of Roy’s life will be held on Saturday, August 3, 2019, at 11 a.m. at North Country Bible Fellowship (NCBF), Speculator, NY.  Memorial contributions can be made to Gospel Volunteers or NCBF, both of Speculator, NY     To send flowers to the family or plant a tree in memory of Roy Naevestad, please visit our floral store.

Obituary THE ARRANGEMENTS FOR MR. NAEVESTAD ARE STILL PENDING.      &#8203;Our beloved father, grandfather, and great-grandfather, Roy Naevestad, went home to be with his Lord Jesus.  He was a man who loved the Lord with all of his heart, and... View Obituary & Service Information

The family of Roy Naevestad created this Life Tributes page to make it easy to share your memories.

Obituary
THE ARRANGEMENTS FOR MR. NAEVESTAD ARE STILL PENDING....

Send flowers to the Naevestad family.