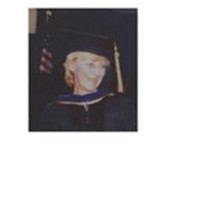 Sara Elizabeth Austin She was not quite what you would call refined. She was not quite unrefined. She was the kind of a person that keeps a parrot. - Mark Twain Sara Austin departed from this life on March 19, 2011 and we will remember her as she regarded herself in the Twain quote. She was born on October 20, 1941 to Del and Virginia (Hartman)Schultz. Her proudest moment came the day she earned her Doctorate of Philosophy from UC Riverside. Up until the last month of her life she taught philosophy at two colleges in California. Then, upon her diagnosis, she decided to come home be Wisconsin to spend her last days with her family. Sara is survived by her children, Thad Matzke of Atlanta, GA, Andrea (Brad) Conover of Portland, OR, and Kirstin (Pat) Miller of Ft. Atkinson, WI, as well as her grandchildren, Ben and Laurel Miller and Jeremy Conover. She is further survived by her siblings, Susan (Ken) Stokes of Kapaa, HI, Anne Bucalo of McFarland, Laurel (Terry) Tinkle of Coloma, WI, and Fritz (Jean) Schultz of Brodhead. And being the �kind of person that keeps a parrot,� she sadly leaves behind her beloved parrots Willow and Sadie. A memorial service is being planned for early summer. The D.L. NEWCOMER FUNERAL HOME, BRODHEAD, WI, is assisting the family.�

The family of Sara (Schultz) Austin created this Life Tributes page to make it easy to share your memories.

Sara Elizabeth Austin She was not quite what you would call refined....

Send flowers to the Austin family.