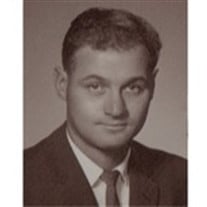 Stanley K. Douglas, age 79, of Brodhead, passed away on Monday, February 3, 2014, at Mercy Hospital in Janesville. He was born on March 28, 1934 in Decatur Township, Green County, WI, the son of Walter S. and Sophia (Kaderly) Douglas. He married Judith Ann Lee on March 9, 1958 in Brodhead. Stan graduated from Brodhead High School in 1952 and was a U.S. Army Veteran, serving in Korea. He had owned and operated the family farm in Decatur Township, retiring to a farm near the Sugar River in Spring Grove Township. He raised and released quail to replenish the native bird population and worked to restore depleted flood plain with wild grasses and plants. He enjoyed observing eagles and other wild birds. Stan was a member of the VFW Post 6858 and the American Legion Post 197, both of Brodhead. He enjoyed trap shooting, bowling, and being a part of the Monroe Theater cast of �Odd Couple.� He cherished times with his children; snowmobiling, bicycling, escorting daughters to old time dancing lessons and had bragging rights as a proud grandfather, attending their school programs and sporting events. He was a lifelong Harley motorcycle rider and was one of the 12 original organizers of the �Four Lakes Hog Club,� (now Capital City), Madison, WI. He toured the Western U.S. Canadian Rockies, Sturgis rallies with the club and other fellow riders. His friends at the �Table of Knowledge� and Wednesday morning breakfasts were the highlight of his week. He is survived by his wife of 55 years, Judy; his children, Kirk (Brenda) Douglas, Brodhead, Lisa (Kelly) McDermott, Waunakee, WI, Lynette (Victor) Haman, Elkhorn, WI; six grandchildren, Rio and Arris Haman, Megan, Ethan and Taylor Douglas, and Bear McDermott. He was preceded in death by his parents, and a brother, Walter Roy Douglas. Memorial services will be held at 11 a.m., Saturday, February 8, 2014, at the D.L. NEWCOMER FUNERAL HOME, BRODHEAD, WI, with Rev. Ellis �Hap� Itson officiating. Visitation will be held from 5 p.m. until 7:30 p.m., Friday, February 7, 2014, at the funeral home. Burial will be in Greenwood Cemetery, Brodhead, with military rites.�

Stanley K. Douglas, age 79, of Brodhead, passed away on Monday, February 3, 2014, at Mercy Hospital in Janesville. He was born on March 28, 1934 in Decatur Township, Green County, WI, the son of Walter S. and Sophia (Kaderly) Douglas. He married... View Obituary & Service Information

The family of Stanley Kaderly Douglas created this Life Tributes page to make it easy to share your memories.

Send flowers to the Douglas family.