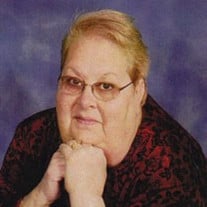 Susan K. Welch, age 69, of Brodhead, passed away on Friday, May 30, 2014, at her home. She was born on February 13, 1945 in Tampa, FL, the daughter of Delmar and Hazel (Toms) Fell. She married William E. Welch on July 14, 1990 in Brodhead. Sue was an elementary school teacher in Oak Creek, WI for 33 years, retiring in 2000. She was a member of the United Methodist Church, Brodhead, and a Sunday school teacher. She also belonged to the N.E.A., Brodhead Optimists, and was a Brodhead School Board member from 2003 to 2011. Sue enjoyed boating, camping, and knitting. She is survived by her husband, William �Bill� of Brodhead; a brother, Matt (Lynette) Fell, San Diego, CA; and a special niece, Sandy Sheafor. She was preceded in death by her parents. Funeral services will be held at 11 a.m., Tuesday, June 3, 2014, at the D.L. NEWCOMER FUNERAL HOME, BRODHEAD, WI, with Rev. Steve Groves officiating. Burial will be in Greenwood Cemetery, Brodhead. Visitation will be held on Monday, June 2, 2014 from 5 p.m. until 7 p.m. at the funeral home. Memorials may be made to the Monroe Clinic Hospice.

The family of Susan Kay (Fell) Welch created this Life Tributes page to make it easy to share your memories.