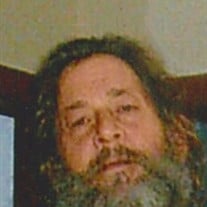 Theodore �Ted� H. Hohneke, age 59, of Brodhead, passed away on Wednesday, September 2, 2015, at the Monroe Clinic Hospital, Monroe, WI. He was born on September 1, 1956 in Prairie du Sac, WI, the son of Theodore and Juliet �Judy� (Burton) Hohneke. He married Donna Reavis on January 22, 2004 in Las Vegas, NV. Ted worked for Alpine Ready Mix of Brodhead as a mechanic. He also had worked for Ayres Auto Dealership and Gary's Standard Station, both of Brodhead. He enjoyed fishing, woodworking, and being with his buddies. He is survived by his wife, Donna; a daughter, Tabetha (Moses) Mwita, University Heights, OH; special kids, Jennifer, Courtney and Colter Knutson; two brothers, Don of Spring Green, WI, Bob of Sturgeon Bay, WI; a grandson, Isaac; and a special friend, Fred. He was preceded in death by his parents. A Celebration of Life Visitation will be held on Wednesday, September 9, 2015, from 4:30 p.m. until 7 p.m. at the D.L. NEWCOMER FUNERAL HOME, BRODHEAD, WI.

The family of Theodore "Ted" Henry Hohneke created this Life Tributes page to make it easy to share your memories.