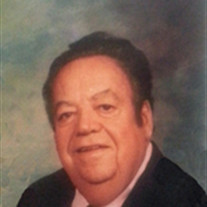 Tom Flynn, former Brodhead businessman, passed away on Tuesday, Nov. 6, 2012. He was born April 14, 1926, the son of William and Elfrieda (Zibolsky) Flynn, and graduated from Orfordville High School in 1943. Tom and Rosemary Drew were married June 9, 1945, at St. Augustine's Catholic Church in Footville, WI, and farmed in the Albany area for several years. They opened �Flynn's Tap� in Albany in 1960, �Flynn's Bar and Restaurant� in Brodhead in 1963, and �Flynn's Bar and Restaurant� in Monticello in 1974. With the help of their son, Richard �Roundy.� they built a thriving business and had a solid following throughout south-central Wisconsin. This began Tom's life-long involvement with the Tavern League. Tom became president of the South Central Wisconsin Tavern League in 1965, a position he held for 25 years. In 1974, he became treasurer for the Wisconsin State Tavern League, a position he held until becoming State Tavern League President in 1981. Tom also served as national treasurer-secretary and eventually became the National Licensed Beverage Association president in 1987. Tom's accomplishments were many while serving on the Tavern League and his awards were numerous. One of his proudest accomplishments was to establish the �Safe Ride Program� in Wisconsin. He was always an active proponent for the prevention of drunk driving. He was very proud of the fact that he was able to attend 80 Tavern League bi-annual state conventions, which he always said would not have been possible without the help of his family taking care of the business. The Tavern League described his success due to a friendly personality and having acquaintances far and wide. Tom also took a major role in local and state activities. He was instrumental in developing the Sugar River bike trail from Brodhead to New Glarus. Tom was a member of the Brodhead Lions Club for 40 years and received the prestigious International Melvin Jones award. He also helped start the Albany Lions Club. He was a director for the Rounder�s Club for disadvantaged youth and a director for the American Cancer Society. Tom is survived by his wife, Rosemary Flynn, Brodhead; 4 sons: Richard (Cathy) Flynn, Brodhead, Dan (LaVon) Flynn, Oregon, Michael Flynn, Pigeon Forge, TN, and Thomas Flynn, Jr., Bloomington, IL; 2 daughters, Rosalie Clark, and Ann (Thomas) Richmond, Brodhead; 15 grandchildren; 9 great-grandchildren; 1 brother, James Flynn, Janesville; and several nieces and nephews. Tom was preceded in death by his parents; son, Patrick in 2003; daughter-in-law, Rena; and 3 brothers: Arthur, William, and Robert. A Mass of Christian Burial will be celebrated at 10:00 a.m. on Saturday, Nov. 10, 2012, at ST. ROSE CATHOLIC CHURCH, Brodhead. A visitation will be held on Friday from 4:00 to 7:00 p.m. at D. L. NEWCOMER FUNERAL HOME, 1105 E. 9th Ave., Brodhead. A memorial fund has been established at the Alzheimer's Foundation. Tom loved being with people and enjoyed being with his family. He will be greatly missed by all. The family would like to thank Caring Hands and its staff for the wonderful and compassionate care given to our dad.

Tom Flynn, former Brodhead businessman, passed away on Tuesday, Nov. 6, 2012. He was born April 14, 1926, the son of William and Elfrieda (Zibolsky) Flynn, and graduated from Orfordville High School in 1943. Tom and Rosemary Drew were married... View Obituary & Service Information

The family of Tom Flynn created this Life Tributes page to make it easy to share your memories.

Send flowers to the Flynn family.