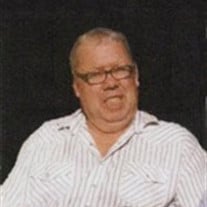 Vernon LeRoy Simplot passed away on Monday, April 16, 2012 at age 73. He was born to Ruth (Gerome) and Warren Simplot in Black River Falls on February 27, 1939. On September 9, 1956, he married his beloved wife of 55 years, Diane M. (Schultz) Simplot. Vernon worked at Superior Drywall Company of Rockford and retired in 2002. He was a proud member of the Rock River Racers Pigeon Club. Vernon is survived by his wife Diane and children Dennis (Lisa) Simplot of Erie, Colorado, Tammy (David) Miller of Beloit, Kurt (Lori) Simplot of South Beloit, Illinois, and Gary (Lisa) Simplot of Orfordville, adopted grandson Josh Simplot, 13 grandchildren, and 10 great grandchildren. Brothers Wayne (Cathy) Simplot and Glen (Jan) Simplot of Beloit, and sister Norma Simplot of Texas. Also survived by other relatives and friends. He is preceded in death by his mother and father, brother Dale, daughter Michele, grandson LeRoy, and great grandson Wyatt. In accordance with his wishes, his remains will be cremated and no funeral services will be held. Family and friends are welcomed to gather at Newark School on 11247 S Merlet Road, Beloit on Sunday, April 29, 2012, from 1-5pm.

The family of Vernon LeRoy Simplot created this Life Tributes page to make it easy to share your memories.

Send flowers to the Simplot family.