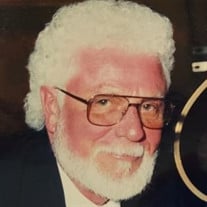 Brodhead – Wallace “Wally” Wilson, age 78, passed away on December 31, 2021 while at the Monroe Hospital. Wally was born on January 12, 1943 the son of Melvin and Hasel (Clark) Wilson. He married Linda Williams on September 19, 1964 at the Juda United Methodist Church. Wally worked for over 30 years and retired from GM in Janesville. He was heavily involved with the Brodhead Park and Recreation Dept, where he umpired for over 33 years and received the Youth Service award from the city in 1989. After many years of service to the park district, on Saturday, August 14, 2010, a diamond was named in his honor, Wally Wilson Field. Wally served his country in the US Army during the Cuba Missile Crisis and also enjoyed wood working. Wally is survived by his wife, Linda; 3 children, Michelle (Dale) Roth, Darci (Jim) Lewis and Eric Wilson (Mary Backenger); 6 grandchildren, Logan and Jacob Wilson, Mikaela and Brianna Roth and JD and Jimmy Lewis; a sister, Merikay Ellefson; a nephew, Greg Ellefson and many other relatives and friends. Wally was preceded in death by his parents and a brother-in-law, Gene Ellefson. In lieu of flowers, memorials can be directed to the family in his name. Funeral services will be held at the DL Newcomer Funeral Home in Brodhead on Wednesday, January 5, 2022 at 11 AM. A visitation will be held at the funeral home on Tuesday, January 4, 2022 from 3:00 PM to 7:00 PM and again on Wednesday from 10:00 AM until the time of services. Burial will conclude at the Greenwood Cemetery in Brodhead. “OKAY BOYS, TAKE THE FIELD” www.dlnewcomerfuneralhome.com 608-897-2484

The family of Wallace "Wally" Wilson created this Life Tributes page to make it easy to share your memories.

Send flowers to the Wilson family.