Plant a tree in memory of Pearl
An environmentally-friendly option 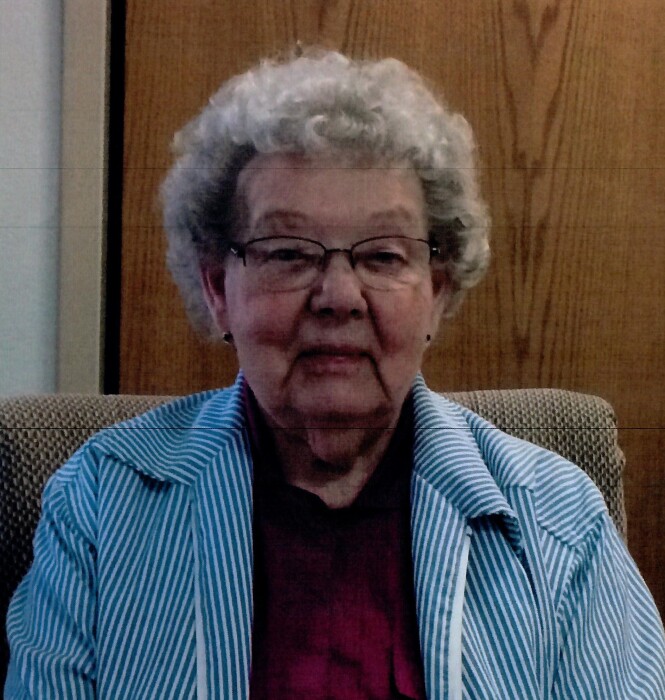 Pearl was born on January 4, 1925 in Janesville, WI the daughter of William and Estella (Tripke) Reigle.  She graduated from Brodhead High School in 1944.  She went on to earn her teaching degree through Green County Normal School. Over the years while raising a family and teaching full time, she worked towards and earned her Bachelor’s Degree.

She began her teaching career in Jordan Prairie country school in rural in Brodhead, WI in the 1945-1946 term.  She later taught at Jordan Prairie again, then the Decatur Country school and the Decatur consolidated.  Pearl retired from Brodhead Elementary Schools in June 1989.  After her retirement she became a member of the Green County Retired Educators until recent years.

For a time she also served as a 4 H Club project leader.

Among her favorite things to do were baking, working in her flower gardens, or attending family gatherings for birthdays, holidays and family reunions and traveling.  She and her husband had traveled to Hawaii, several European countries, the Caribbean as well as several of our western states.

She always had a supply of her homemade cookies on hand, which earned her the name of “Cookie Grandma” which was given to her by her great grandchildren.

Private family services will be held at the DL Newcomer Funeral Home in Brodhead.  Burial will conclude at the Greenwood Cemetery in Brodhead.

Memorials may be made to Green County Hospice or Nine Angels Scholarship Fund for Juda Schools.

Plant a tree in memory of Pearl by clicking here.
To send flowers to Pearl's family, please visit our floral store.

A service summary is not available

Plant a tree in memory of Pearl
An environmentally-friendly option

Plant a tree in memory of Pearl

1 tree planted in memory of Pearl

My sincere sympathy to you Patsy and Jeff for the loss of your mom.  No matter what the age we always miss them.  Take care and God bless.

Mrs. Wideman was a wonderful teacher and had a heart of gold.  She will be dearly missed. Prayers to her friends and family, Lora

My mother ( Esther Wells Roenneburg) were cousins on the Reigle side of the family.  I remember fondly all the. Cousin Reunions at the park in Brodhead. Sympathy to the family in your loss.

Mrs. Wideman was my fourth grade teacher. She was so nice and very respected. That was one of the best years in school. She truly cared about all of us and was very knowledgeable about different teaching strategies to reach all learners. Definitely one of my favorite teachers! Rest in peace, Mrs. Wideman. Sending prayers for her family and friends.

We are very sorry for your mother’s passing.
She will forever remain in your hearts.
Carl and Susan Zweifel

Plant a tree in memory of Pearl